I’m trying to keep up with my posting because falling behind is really a pain. Cheer me on!

Today I woke up late because I felt like it and decided that I didn’t want to go on the gallery hop. It would have been far too exhausting and I’d be on my feet all day and end up at my stained glass class late at night and it would just be too much. So I got to the studio at around 11 and pretended to work but let’s be honest Yael Rus, we had better things to talk about. Then at 1 I went to a JSoc (Jewish Society) event called Shmooze with the Jews. It happens every week and features bagels and a speaker. The speaker was a rabbi from South Africa who talked about Nelson Mandela. I ate gummies, shmoozed with Jews and then went on an errand with Yael/Julia Stern to London Graphic Centre where I bought a scalpel and a bunch of blades, tracing paper and a few sheets of cardstock. I’m in Rob Ryan obsession mode again. He’s a fantastic papercut artist. His work gives me chills in the same way as part 12 (Is Prayer Answered?) of Rabbi Jonathan Sacks’s Koren Siddur intro. A weird connection, I know, and I know some will judge me for it, but it makes so much sense to me.

Here are some links worth exploring and videos worth watching:

http://www.artrepublic.com/biographies/290-rob-ryan.html (SCROLL DOWN FOR THE VIDEO)

Yael/Julia and I stumbled upon a toy store. The most charming toy store ever. I think it was on Whitfield Street, off of Tottenham Street, off of Tottenham Court Road. So many vintage toys and cute trinkets and paper cut out stage things like the ones I saw in the Jewish Museum and we ended up spending 20 minutes there listening to all the music boxes. When La Vie En Rose is back in stock (not for three weeks) I’m getting it. It’s just the mechanism. I feel a project coming on.

Then I went back to the studio and attempted this paper cut and it didn’t go well and I was annoyed and felt defeated and why can’t I just be Rob Ryan and then it was time to go to City and Guilds and I moped on the Tube and ate half a Cadbury bar because why not. Then I got to City and Guilds and perked up and worked on my copper foiling and finished! That means I get to start soldering next time. Unfortunately next time isn’t for a while because next week is reading week at City and Guilds (and at the Slade, but that really has no bearing on my life in any way) so it’ll be a while. Did I mention my plan to eat Cadbury chocolate every week for an entire year upon my return from England? I plan to put 52 bars into 52 pre-addressed and stamped envelopes and give them all to someone here and charge them with the task of mailing one each week. I told Carey of my intention today in the workshop and she said she’d be happy to be that person, that way she and the other people who know me in the studio can have me in mind next year! Kindest thing ever. And the glass artists are having a show in September and she said I’m more than welcome to exhibit some of my work if I arrange to send it back or have someone pick it up and hold on to it for me. Shouldn’t be too hard to arrange! City and Guilds. What a great find. And the City and Guilds T-shirt has a bunny on it. I know. I know.

Afterwards I made my way back to the studio because I was determined to finish up at the Slade for the day on a good note not a mopey one. I had spent a considerable part of the day looking through my new Rob Ryan book (it’s featured in the second link, above). It’s called THIS IS FOR YOU and it’s a whimsical and moving story illustrated through his paper cuts. I’m having a difficult time getting started with a story or a a design of my own so I’m starting by working off one of his. I traced one of his images and now I’m going to cut it out to get familiar with his shapes and silhouettes and hopefully develop my own style through this exercise. I think the way he weaves nostalgia through his work is what pulls me in. A lot of talk about longing and hopes, etc. I have a few ideas of a series I’d like to cut, but it’s still very abstract. Waiting for that aha moment…..

Now I’m back at home with my scalpel and self healing mat and I’m going to cut some paper until it’s no longer safe for me to be holding a blade and would better of going to bed. 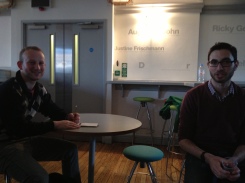 I don’t even know what this was. I think there was a prize involved? 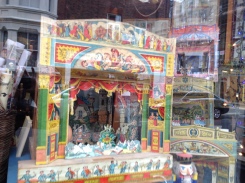 Love these. Must make one. 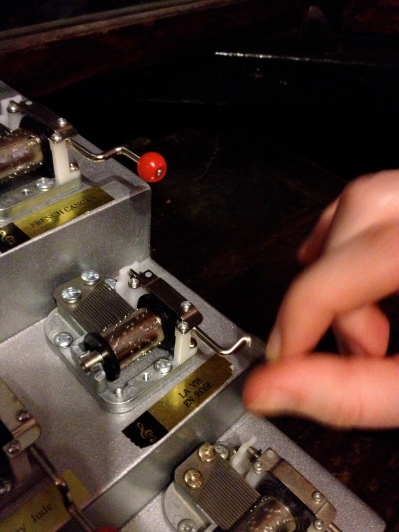 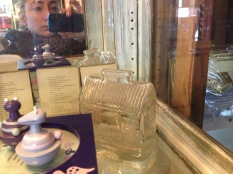 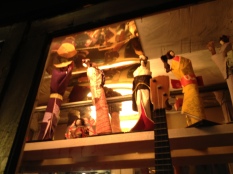 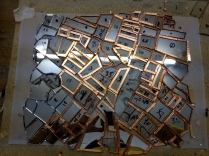